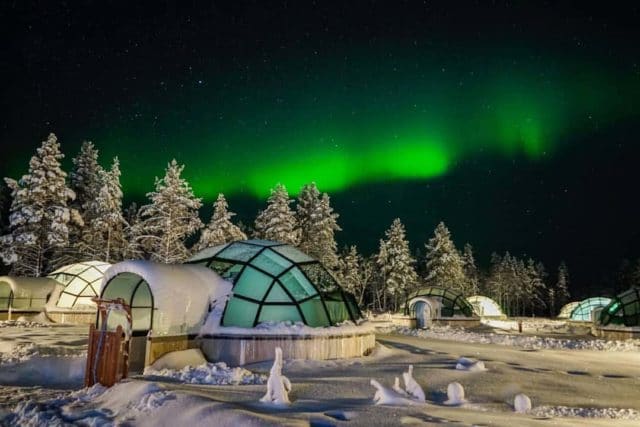 It is a fact that there are different natural phenomena in the world. Another name for this place is (Aurora Borealis). Among these truth poems, the most striking and impressive part of the people is the most dominant event called the Northern Lights and the unique light fluctuation that can be watched from countries close to the Arctic regions. The charged particles from the sun interact with the magnetic fields in the Northern regions, and the miraculous natural phenomenon called the Northern Lights takes place. The progress of colors of different shades from green to yellow to cover the blue and clear sky is a unique light symphony that many people may want to see and see in life.

When do the Northern Lights appear?

It is never possible to keep in touch with the natural events that fascinate people. It is not possible to count anything that is already continuing from being rare and its impressive magic is not mentioned. Habits make life's fluency stale and make you forget that every breathing moment is actually a miracle.

Thanks to the natural events that we are not used to seeing in the world, we remember that we live a life in which we must witness the existence of a miracle in every part of it. In this respect, seeing the Northern Lights is very valuable in terms of witnessing the miracles of life. The Northern Lights, which appear between September 21 and March 21 and prepare a satisfying show for their audience, may not appear in some years. However, it is possible for them to appear between the relevant dates of almost every year. If you're lucky, the show will take long enough to make you happy.

Before we move on to where the Northern Lights (Aurora lights) can be watched much better, let us answer the question of a highly curious question about this subject. Whether the Northern Lights will appear in 2020 and 2021 is a matter of curiosity. It is shown to be less likely to appear for the Northern Lights for 2020 and 2021, at least when compared to other years. The reason for this is a cycle in which the sun enters every 11 years. This is called the solar minimum cycle, and the activities of the sun entering this cycle are reduced. For this reason, winters are much harder and harder. However, the fact that the sun has entered this phase does not mean that it will never be deprived of the Polar Lights.

Where are the Northern Lights seen?

One of the most important topics to be curious about is; Where and where are the northern lights seen. In other words, a clear sky is needed to watch the Aurora. In other words, it is important that there is no cloud group preventing the lights from being seen in the sky. It may be more difficult to encounter a clear sky due to the sun entering the solar minimum balance. However, due to the climatic conditions of the regions close to the Pole, the sky is always clear and bright. These Lights also occur in these regions. Those who want to witness the miracle will have to travel to the North or South. The best places are…

Countries where you can see the Northern Lights

The island, located in the north of Norway, is one of the best places to see the Northern Lights. It is possible to witness the lights in November and February. To increase your chance of seeing, it may be preferable to go up to high hills and stay in these places. Ship tours are also organized on the island. Those who want to see polar bear, walrus and reindeer can participate in tours organized for tourists.

Norway and Finland are two northern countries on the Scandinavian peninsula. It is necessary to choose between these two countries where the lights can be watched in the clearest and unique way. Northern Lights tourism is presented in a unique concept in Kakslauttanen, Finland. Accommodation in Eskimo houses is provided, and watching the Arctic Lights from the houses, whose upper parts are made of glass, is a joy. (Our entrance photos consist of these houses.)

Another region that offers the opportunity to watch the Polar Lights clearly is the states located in the northern part of Canada. In general, the preferred route is the Newfoundland region; however, Nova Scotia can be chosen as an alternative. Canada's only drawback is that it can be reached after a long flight time. For this reason, one of the countries in the Scandinavian region can be preferred for those who are planning a shorter trip.

There are many unique places waiting to be discovered like this place. Places to see abroad Let's take you as follows if you want to take a look.