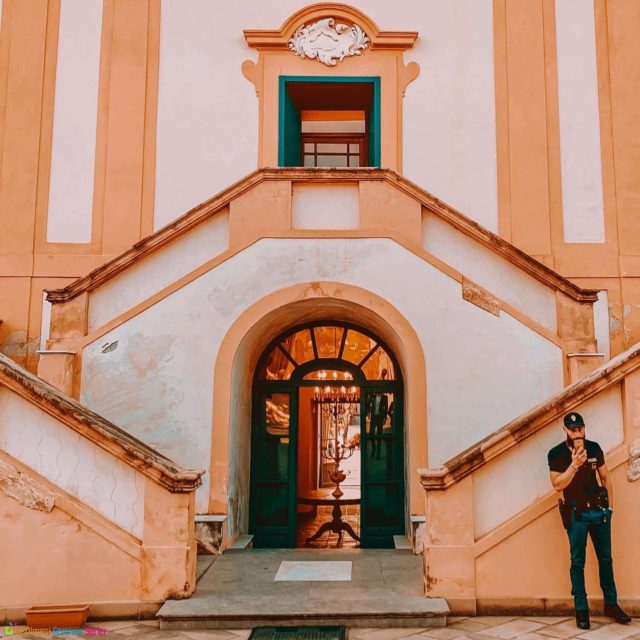 We continue to create different travel routes for you. The subject of this article Palermo Pictures. It is one of the most popular among the countries preferred by Turks who want to go abroad. Country of italy. While Italy means most of them being the quartet of Rome, Venice, Florence and Milan, this huge country actually hides many cities waiting to be discovered at its borders.

Especially one of the most beautiful and most popular coastline cities in Italy, which will impress you once again with the Mediterranean cities on the coastline, is under the spotlight for you in this article. What to eat in Palermo? Where to stay in Palermo? How to get to Palermo? What are the places to see in Palermo? Here is our Palermo travel guide where you can find answers to all these questions.

The city of Palermo, which was founded by the Phoenicians in 734 BC and was once Arab ruled; it is a complete paradise for tourists. Palermo, a city rich in historical buildings due to the history of the city dating back to 734 BC; In addition to its historical and cultural structures, it is one of the cities that draw attention with its social life and architecture. Palermo is also one of the key cities in terms of trade in the region.

Since the city of Palermo is home to a rich history, culture and architecture, there are many places to visit in the city. Among these, the structures, sculptures, museums and unique houses of the city, which were built during the Arab rule and transferred to the present, are in the first place. Request When you go to Palermo, those places you should not return without seeing…

One of the must-see structures in Palermo is what makes the Montreal cathedral so beautiful. This cathedral, which looks quite fascinating with its glass mosaics covering an area of ​​6,500 square meters, is one of the buildings that has been built in 1182 and reached today. This cathedral, which is one of the most important examples of Norman architecture that has survived until today and welcomes thousands of tourists every year; It is one of the most important tourist structures not only of Palermo, but also of the Sicily Region.

Norman Palace, built during the reign of Norman in the city of Palermo, where the King of Sicily resides; it is still used as the city's administrative center. This palace, one of the oldest structures in Europe; It is located at the top of the old part of the city. One door of the palace serves for tourists, while the other door serves for parliamentarians.

We continue our list of places to visit in Palermo. Next place; Located in Piazza Verdi, one of the most important squares of Palermo, this opera house is the biggest opera house in Italy. It is also the third largest opera house in Europe after the buildings in Vienna and Paris. Massimo Theater is one of the historical buildings that gained fame with its magnificent acoustic feature and has survived to this day, although it was built in 1897.

Cefalu, a quiet and charming seaside town on the northern coast of Sicily, about 75 km from Palermo city; It is an ideal route for day trips in Palermo. This medieval town that will amaze you with its wonderful nature, architecture, beach and pedestrian streets and streets; It is one of the must-see places.

Cappuccini Underground Cemetery Skeleton Museum, also known as 'House of the Dead'; It has entered the list as the seventh scariest museum in the world. The reason for this is that priests mummified nearly 8000 people in 1599 and exhibit in this museum. When the tourists who dare to enter the museum go down, a wall is hung from the neck and feet along the corridor and they encounter the mummies on display.

This chapel will amaze you especially with its ceiling design and sculpture details. Palatine Chapel, which contains traces of Greek, Arab and Latin culture, is a historical building that has survived since 1080. This chapel, which is also on the UNESCO World Heritage List; Palermo is one of the places you should see during your trip.

Piazza Politeama, one of the many squares connecting the streets and streets; it is the most vibrant and famous square of the city. This famous square with Politeama Garibaldi Theater, historical sculptures, restaurants and cafes; it is also connected to Via Oreto, one of the city's most famous shopping streets.

The city of Palermo; It is a city surrounded by walls and one of the entrance gates to the city is Porta Nuova. This gate, which you will see when you go up from Quattro Square, is one of the oldest buildings in the city.

How To Get To Palermo?

If you want to go to Palermo with the airline to find a company that makes direct flights from Turkey it is quite difficult. However, you can make a connecting flight through Rome and Milan.

If you want to go to Palermo by sea; Many sea trips are organized to Palermo via Naples, Livorno, Genoa and Tunisia.

What to Eat in Palermo?

Palermo Currency: Euro is used in Palermo, a city in Italy.